And do not miss -

“A cellist of extraordinary technical and musical gifts” (San Francisco Chronicle), Joshua Roman has earned national renown as a cellist for performing a wide range of repertoire with an absolute commitment to communicating the essence of the music at its most organic level. He is also recognized as an accomplished curator and programmer, particularly in his work as artistic director of Seattle Town Hall’s TownMusic series. For his ongoing creative initiatives on behalf of classical music, Roman was named a 2011 TED Fellow, joining a select group of next generation innovators who show potential to positively affect the world. Mr. Roman’s program at TLU will include Mason Bates’ "Town Hall Analog," Gabriella Lena Frank’s "Suite Peruana," Roman’s own composition, "Riding Light" and "Suite No. 6 in D Major, BWV 1012" by Johann Sebastian Bach.
Posted by John at 10:09 AM No comments:

On top of Tax free weekend...

Malibu Grand Prix San Antonio will be participating in a School Supply Drive during the month of August. By having the school supplies they need, students are more likely to keep their focus to learn more in the classroom setting. There are many backpacks that will not get filled to their full potential and Malibu Grand Prix is asking for the help of the public to make sure students are prepared for the new school year.
The school supply drive will run through August 31, 2013. If a guest donates 3 unopened individually wrapped school supplies with a total value of $5 each or more they will receive 1 free attraction ticket when they bring in the School Supply Drive printed coupon. Guests can visit www.mountasia.com to print that coupon easily from home. "Come and race with speed while helping someone in need. There is no better way to do just that than to visit Malibu Grand Prix San Antonio in August."
Posted by John at 4:10 PM No comments:

Joyce DiDonato is a shining star in the operatic world. She has won awards from the Grammys to Richard Tucker, Operalia, Beverly Sills, and an Echo Klassik Award.
She's sung from La Scala to Santa Fe, Covent Garden to Houston Grand, and everywhere in between! So Tuesday, it was a great delight to hear Joyce's debut at the Aspen Music Festival and School in Harris Concert Hall in Colorado.
The program was "something I wanted to share with you," said DiDonato from the stage. "Since this is my first time here, I wanted to show you want I do." What a program it was, including Mozart, Rossini, and gorgeous Spanish songs.
It started with a joke actually. DiDonato and pianist David Zobel were welcomed by enthusiastic audience with cheers and applause. DiDonato quipped after her curtsy, "I'm out of breath already!" (no doubt from the 7900ft elevation of Aspen.) The Obradors songs followed with sumptuousness, something I had heard at her Senior recital at WSU oh so many years ago, but was reminded of when she came back on stage, and asked, "No really, does anyone have any oxygen?!" She then entertained a bit about the program and sang from Drama Queens, Sposa son disprezzata by Giacomelli.
The first half rounded out with a "Beaumarchais trio", two arias from The Marriage of Figaro, and one from the Barber of Seville, perhaps Joyce's calling card, Una voce poco fa.
The second half was stunning, running with an aria from Rossini's Otello, followed by my favorite on the program, Reynaldo Hahn's Venezia.
(There was also a costume change, noting only because the gorgeous red gown that DiDonato wore in the first half was replaced by a fetching rainbow dress for the second half.) Joyce spoke about the premiere of the Hahn before she sang them, only to stop before Che peca and give the audience the image that she thinks about when performing it (a heavy set man in a white t-shirt above the canals, smoking a cigar from the balcony/window!)
Two more early 20th century songs rounded out the debut in Aspen.
But the audience was given two more gifts, an encore of Alberto Ginastera's Cancion del arbol del olvido, and what DiDonato is singing currently in Santa Fe, Rossini's La Donna Del Lago.
The sound at Harris was exquisite, no doubt benefitting from Zobel's sensitive interpretations, and DiDonato's incredible range of dynamics. Personality from both, with smiles, acting, anecdotes and supreme musicality made the night magical. This was the recital debut, but hopefully there will be more with Joyce DiDonato on stage and in concert at the Aspen Music Festival!
Posted by John at 4:16 PM No comments:

The San Antonio Symphony Board of Directors is proud to offer a $125,000 Summer Matching Grant.
Help them meet the match by July 31st. The San Antonio Symphony is the epicenter of the city’s performing arts.
From their release: "We are continuously shaping the dynamics of our community through the performance of symphonic, opera, and ballet repertoire. We perform side-by-side concerts with student musicians and conduct master classes and concerts at area schools, civic centers and non-profits.
Music Director Sebastian Lang-Lessing and our many talented musicians reach well beyond the Majestic Theater stage to make a difference throughout the community.
The San Antonio Symphony Mastersingers are regularly featured on Symphony concerts, performing Handel’s Messiah, Verdi’s Requiem and Mahler’s Symphony No. 3 this past season.
Our collaboration with Ballet San Antonio is the city’s only live-music production of Tchaikovsky’s The Nutcracker.
The Youth Orchestras of San Antonio boast Symphony musicians among their conducting and coaching staffs, and their students perform in an annual side-by-side concert with the Symphony.
Our musicians have created San Antonio’s greatest chamber ensembles, including Camerata San Antonio, Olmos Ensemble, SOLI Chamber Ensemble and the all-new Q Chamber Series.
The Opera San Antonio’s opening gala concert was beautifully supported by the Symphony under the leadership of Maestro Sebastian Lang-Lessing, and we will partner with TOSA in presenting Dvorák's Rusalka in 2014.
And the 2014 Dvorák Festival will mark the fourth consecutive season we have collaborated with the city’s cultural and performing arts institutions to present a compendium of a composer’s works. Previous partners have included KLRN, the San Antonio International Piano Competition, Musical Bridges Around the World, San Antonio Museum of Art and many more!"

Maestro on the Mound 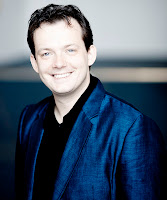 WHAT: Andris Nelsons, the next Boston Symphony Orchestra Music Director, makes first visit to Boston since the May 16 announcement of his appointment as the BSO’s next music director
WHEN AND WHERE:
*11:00 a.m. at Symphony Hall: Contract signing, and Q and A with audience members
*5-5:30 p.m. at Faneuil Hall: Proclamation presentation and brief performance lead by Mr. Nelsons
*6:40 p.m. at Fenway Park: first pitch and brief performance
Posted by John at 9:28 AM 3 comments:

Right now, young artists are preparing an out of this world concert in Harrisburg, PA for this Sunday, June 23rd, at 3pm. Fire and Ice, 8 Seasons of Vivaldi and Piazzolla will feature violinists Odin Rathnam and Artur Kaganovskiy, with Gregory Woodbridge, conductor.


Antonio Vivaldi's Four Seasons are quite well known, but you can find some great info here: http://classicalmusic.about.com/od/baroqueperiod/ss/fourseasons.htm and see "beyond the score" here: http://beyondthescore.org/vivaldi-four-seasons/

The orchestral program is a benefit the Else Borges Foundation for Arts Initiatives, with a portion of the proceeds going to Harrisburg Habitat for Humanity. To learn more about each organization, visit their websites: www.elseborges.org and www.harrisburghabitat.org.

Buy your ticket here, or at the door.
Posted by John at 9:03 AM No comments:

Not since Amadeus has anything so wonderful hit the silver screen for classical music as The Magic Flute. Kenneth Branagh brings this masterpiece to World War I in such a fashion that you are immediately drawn into the story. It simply has everything, from Mozart's brilliant score to stunning costumes, effects, and singing.
The Peter Moores Foundation has a long history of opera in English, and with Stephen Fry's beautiful translation this production is smart, witty, and touching. Sung by a delightful cast, with the musical direction of James Conlon and the Chamber Orchestra of Europe, this is truly opera for all - as Mozart intended (technically a Singspiel for all)!
Nods to Harry Potter (pictures come to life), Fred Astaire (gorgeous choreography in black and white), and the Muppets (a rooster who joins in the Pa, Pa, Pa aria) join in the film, which loses the Freemasonry and racist parts of the original. It is sexy, passionate, and glorious (just like the opera).
It's about time this 2006 movie comes to United States theaters, followed by dvd release (and soon on blu-ray)! I believe it should do well at the Academy Awards.
Enjoy this The Magic Flute.


John Clare is a broadcaster, violinist, and new music enthusiast who works at Texas Public Radio, plays in the Mozart Festival Texas, and is a media advisor to NewMusicUSA.
Posted by John at 6:57 PM No comments:

It was nice to catch up with harpist Yolanda Kondonassis in Austin this week, as she performs tonight and tomorrow with the Austin Symphony. She has played around the world and recorded extensively - so a chance to get some insights to her playing, teaching, and recording was a real treat. Here is our conversation unedited for your enjoyment: mp3 file.

We'll have more about Yolanda's latest project, a cd of all American composers later this year, including an hd video!
Posted by John at 10:46 AM 1 comment: