Rehearsal was great this morning, piano had arrived before we did, and the coffee place next to the gallery is just amazing.
At lunch, we were talking about movies, etc and our waiter joined in, knowing the movie Stepbrothers. It was hilarious.
Delighted about the press SOLI is getting, and excited about the concerts coming up. Watch for video soon!
Posted by John at 3:11 PM No comments:

I'm particularly happy with today's show on KPAC called Classical Spotlight, take a listen if you like! Featured are Aaron Jay Kernis, Star Wars and More, plus interviews on baroque music, the Preservation Hall Jazz Band and the Berlin Philharmonic Wind Quintet.
MP3 file
Posted by John at 7:08 PM No comments: 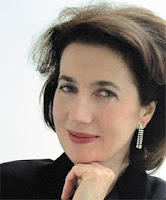 I had a lovely chat with one of the great pianists of our day, Imogen Cooper. She has just released volume 2 of live performances of Schubert piano works, and later this year volume 3 will come out.
She took some time to talk about the project and Schubert.
MP3 File
This will be produced for TPR, but I wanted to share her brilliant manner with you unedited and raw. I came away energized and inspired.
Posted by John at 2:24 PM No comments: 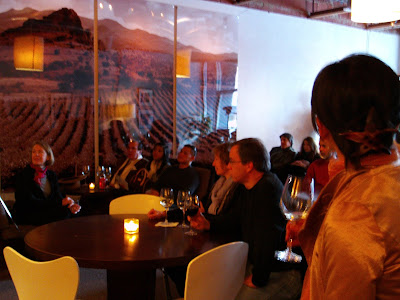 I caught Soundings Margaret Brouwer yesterday in Dallas. It was delightful, a wine tasting paired with a solo flute piece. Voices of Change perform tonight - catch it if you can!
(left is Brouwer, on the right is composer Xi Wang)
Posted by John at 11:09 AM No comments:

Donald Weilerstein has concertized extensively throughout the world as soloist and chamber musician. Mr. Weilerstein has taught and performed at such major American and European music festivals as Caramoor, Aspen, Ravinia, Marlboro, Mostly Mozart, Berlin, Israel, Salzburg, Luzern, and many more.

Jennifer Curtis is the winner of Astral’s 2006 National Auditions, violinist Jennifer Curtis is also the recipient of the inaugural MILKA/ASTRAL VIOLIN PRIZE, designated for a violinist invited to join the Astral Artists roster. Also an accomplished composer, her works have been performed in New York City, at Italy’s Spoleto Festival, and at the Verbier Festival de Musique in Switzerland.

Nicholas Mann has performed extensively as a recitalist and soloist. He has been a member of the faculty at the Juilliard School since 2002 and is now Chair of the String Department at the Manhattan School of Music.

Cellist Claire Bryant has appeared as a soloist with orchestra including the Kuopion Symphony Orchestra of Finland, the National Symphony of Honduras in Tegucigalpa, the San Francisco Conservatory Orchestra, and the South Carolina Philharmonic Orchestra. She is the founder, producer, and artistic director of the acclaimed chamber music series With Strings Attached.

Vivian Hornik Weilerstein has performed as a soloist and chamber musician throughout the world and is a frequent collaborator with many of today’s most eminent artists and ensembles. Ms. Weilerstein has appeared as a soloist with the Kansas City Symphony and the Orchestra Sinfonica Nazionale di Torino, and has toured throughout Europe and Japan. Ms. Weilerstein is an active member of the highly acclaimed Weilerstein Trio, which is in residence at the New England Conservatory.
Posted by John at 12:43 PM 1 comment: